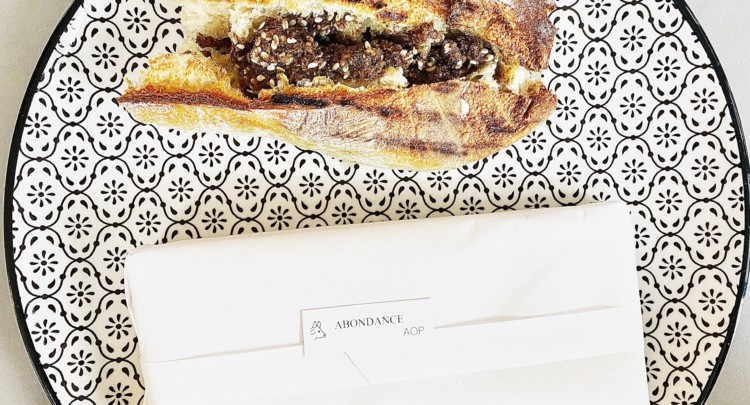 Top of the healthiest breads, when and how to eat them

01/02/2021 one how blooness Categories Part 2: low-carb high-fat and ketogenic feeds

Bread is one of the staple foods in many cultures. It is usually eaten at different times of the day, and is associated with many other foods in more or less relevant ways.

In this Blooness guideIn this article, we will look at how to optimize the consumption of bread, for those who have decided to keep it in their diet, and which breads to choose in order to do as little damage as possible to health, and we will see that we can even get the best out of it for line, energy and vitality at the same time.

Bread is a food made of flour, water, salt and sometimes leaven or yeast to make it swell during baking. It is one of the staple foods in many cultures and civilizations.

The history of bread is said to have begun as early as the Upper Paleolithic, a period extending from 45,000 to 12,000 years before the present, and the consumption of bread spread throughout Europe through the Phoenicians, a people originally from Phoenicia, the region that corresponds to present-day Lebanon.

The nutritional properties of the bread depend on the flour we choose for its preparation. Flour comes mainly from bread-making cereals, i.e. they are used to make bread, such as soft wheat (wheat), spelt or rye, which contain gluten.

As a reminder, gluten is a set of proteins that can be more or less well digested depending on the individual, and it is what gives a dough its elasticity. The problem is that for reasons of yield, manufacturers have worked on numerous genetic crosses to increase the gluten content of wheat, in order to make the dough more elastic. They have also mutated the wheat to make it less tall, for ease of processing. It is therefore assumed that these modern gluten-rich wheat varieties may cause inflammatory and immune reactions in some individuals, such as digestive discomfort, migraines, ENT diseases and allergies.

To get around this problem, so-called alternative flours can be added to classic bread flours, which are gluten-free and can sometimes even completely replace bread fl ours in certain preparations, such as buckwheat, barley, durum wheat, maize, chestnut, walnut, etc. flours.

In order to fully understand the bread issue and make the best choice according to its profile, it is necessary to distinguish between breads made from bread flours, which are mainly wheat flour -based breads in general, such as baguettes for example, and which contain gluten, and alternative breads, made from non-bread flours, which do not contain gluten, such as buckwheat breads.

Link between bread and glycemic index

The problem with most breads, whether industrial or bakery, is that they have too high a glycemic index. In other words, they raise blood sugar levels too quickly, causing a spike ininsulin, the hormone that is supposed to regulate blood sugar levels, and this can lead to fat storage and fatigue after the insulin spike.

This is particularly the case with rusks, white baguette, industrial bread or pastries. Fortunately, there are alternatives.

What changes the glycemic index of bread?

Between this or that bread, and when comparing two wheat flours, what factors influence the glycemic index?

When choosing bread, we can look at the flour used, and so choose bread that has been made with a flour with a relatively low or moderate glycemic index. It is best to eat bread whose flour has a glycemic index below 55.

T45 is the whitest, most refined flour and T150 is the most complete flour. The more wholemeal the flour is, the more nutrients it has retained and the smoother the release of energy from its metabolism over time, thus avoiding insulin peaks.

In between are T55, T65 and T80 flours, which are intermediate flours. The T65 flour is a correct alternative, with a glycemic index of 70, which is still high, but not as high as that of the T55 white flour (85).

In addition to wheat, there are alternative flours with which some bakers make healthier bread.

Wholemeal bread has a high fibre content, which improves digestion but above all lowers the glycemic index. It is made from wholemeal flour, which contains whole wheat grains that contain more vitamins, minerals and dietary fibre than white flour.

Wholemeal bread is therefore more nutritious than white bread, and its glycemic index is much more interesting from a health point of view, since it is about 50, thanks to the T150 flour used to prepare it. We prefer organic bread, in order to avoid pesticides as much as possible on the seed coat.

However, the husk of the grain, known as bran, which is retained during the preparation of wholemeal bread, is likely to be poorly digested by some individuals, who will then opt for a "traditional" bread (T65 to GI 70 flour) or for one of the alternatives that we will see below.

Even richer in fibre and minerals than wholemeal bread, there is also wholemeal bread, made with a flour that has not been refined and thus retains all the components of the cereal. Of course, the same limits as for wholemeal bread are found in terms of digestion in some individuals who have a poor tolerance for whole wheat grains.

In general, during major changes in eating habits, the intestines and the body must be given time to adapt. This requires a gradual rather than radical change. As far as bread is concerned, we can go through semi-complete breads, or bread made of several cereals.

Between the classic baguette and tradition, which one to choose?

The traditional baguette requires a longer fermentation time than the white baguette (15 to 20 hours between 4°C and 6°C, compared to 3 to 4 hours between 20°C and 29°C). Moreover, it does not contain any additives, as this is strictly forbidden, and its only ingredients are wheat flour, water, salt and yeast or leaven (leaven is preferred).

So we'll prefer the traditional baguette to the classic baguette.

Rye bread, also known as black bread, has one of the lowest glycemic indexes, between 40 and 45. Rye is a cereal containing a lot of calcium, potassium and sodium, in addition to being also rich in iron and fluorine. It is a good alternative to white baguette.

At the level of the designation, the proportion of rye flour in the dough must be substantial for the bread to be marketed under this term; if the proportion is between 10 and 35 %, the bread is called 'rye bread'.

That being said, nothing prevents you from combining rye flour with other flours such as wheat flour to lower the average glycemic index of the preparation.

Buckwheat flour is a very interesting alternative to wheat flour: it is rich in fibre, protein and antioxidants. It has a low GI of 40, compared to 45 for T150 whole wheat flour, and 85 for T45 wheat flour used for the standard baguette.

Finally, it contains no or very little gluten.

Buckwheat can be used in cakes, such as the famous Breton cake, and is a very good source of low GI carbohydrates when these cakes are topped with eggs and cheese at the beginning of the day.

It is a priori one of the most interesting alternatives in terms of bread, since it is gluten-free and has an almost unbeatable GI.

Baby spelt is a hardy wheat that has undergone little processing. It is rich in "good" mono and polyunsaturated fatty acids, minerals and vitamins (E and B). In addition, its proteins contain the eight essential amino acids that the body needs, which is rare for a cereal. Secondly, baby spelt contains very little gluten and is therefore more easily digestible.

Baby spelt should not be confused with spelt, which is richer in gluten, but is still a possible alternative to refined wheat flour.

Baby spelt has a low GI of around 40, like buckwheat flour, and is a good alternative to wheat flour.

The bread of Kamut or Khorasan

Kamut is a cousin of wheat and contains 20 to 40% more protein than modern wheat. It is quite rich in selenium, zinc and magnesium, and has a very interesting proportion of essential amino acids and unsaturated fatty acids.

Its GI is 45, which also makes it an alternative to basic bread. Kamut contains gluten, in small quantities.

Between baking bread with yeast - which is what many bakers do - and baking with leaven - which is more traditional and is coming back into fashion - it is better to choose a leavened baking method. In fact, sourdough bread has the advantage, in addition to being more nutritious, of having a low glycemic index of about 65 versus 80 for yeast bread.

Baker's yeast makes it possible to produce a rapid alcoholic fermentation, thus reducing the fermentation time required to raise the dough, where the leaven comes solely from lactic fermentation caused by bacteria present on the slower wheat grain husk.

So here is the ranking we were all waiting for: the top of the healthiest breads, chosen for their low GI and nutritional properties. Their consumption should not cause any damage in terms of vitality or line, or even be beneficial, if they are eaten in very small proportions, and at key moments of the day, as we will see at the end of the article.

To choose between wholemeal flour or not, it will depend on your digestive tolerances. But what is certain is that sourdough will always be preferred to standard baker's yeast, and you will have to buy them organic.

Associations with other flours

It is possible to combine flours traditionally reserved for bread with other flours, such as legume or coconut flours, to obtain breads with a low or moderate glycemic index.

Nevertheless, in most cases, it will be necessary to make homemade bread in order to experiment with these associations. Many recipes exist on the Internet.

Some manufacturers are starting to use alternative ingredients such as chickpeas or lentils to make low GI pasta, for example, and sometimes bread, by mixing them with wheat flours, thus lowering the glycemic index and meeting the growing demand for healthy products.

Here is a list of ingredients that can be used in low GI flour:

With this type of flour, you will be able to prepare pastries with a moderate GI.

You will find on this page a table of common flours classified by glycemic index, but also by glycemic load per 100g of food..

When is the best time to eat bread?

Apart from festive meals, bread - traditional or buckwheat for example - is best eaten at the beginning of the day. Indeed, it is at this precise moment that thebody needs slow sugars to accompany the first efforts, whatever the time of getting up (no matter if you get up very early, or if you work at night, the main thing is to consume them when you get up).

As such, this bread intake must remain modest and should be accompanied by a majority of fatty acids and proteins if we want to remain on a "low-carb" diet. Fat and protein found in eggs, cheese and olive oil, particularly recommended at the beginning of the day.

Conversely, avoid bread in the evening (but also cheese and eggs, by the way), otherwise it will be unnecessarily stored as fat. On this subject, I would refer you to the main principles of chrononutrition, a subject that will be covered in a future chapter.

One thought on "Top of the healthiest breads, when, and how to eat them."