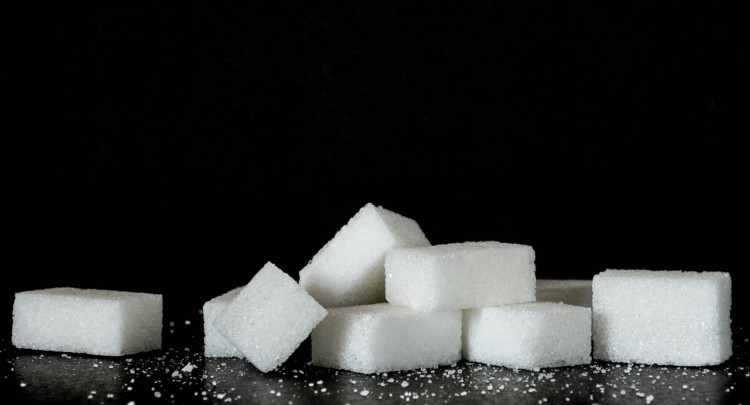 At the origins of the predominance of sugar and carbohydrates

Why is it that despite the growing obesity rate in the US, despite the long proven link between diseases and excessive sugar consumption, and despite the scientifically proven benefits of fats,governments have continued to recommend a high carbohydrateintake in the diet?

Find this chapter of the ideal diet for mankind in PODCAST format:

By what rhetorical process has fat been so demonized as to demonize it to the point of calling an extremely high-carbohydrate meal "fat"?

Why on earth in the common mind do we say that fats make you fat, or that they are the bedrock of serious illnesses?

Finally, why do official bodies take so long to update their nutritional recommendations, despite repeated scientific findings in favour of a reduction in the consumption of sugars, and more generally carbohydrates?

To understand how carbohydrates, especially sugars, have found themselves propelled to the forefront of the Western diet since the 1960s without any caution or moderation, we have to go back in history. Let me take you behind the scenes of the sugar and food industry lobbies at the end of the Second World War...

Note: This article is one of the chapters of the Blooness Food Guide, a guide designed to bring together the ingredients of the ideal food for humans.

This information is taken in part from an article by Gary Taubes in Mother Jones on October 31, 2012.

At the origins of the sugar lobby, Sugar Information Inc.

It all began in 1943, when sugar producers and refiners created the Sugar Research Foundation, renamed the Sugar Association in 1947, which had its own public relations department, "Sugar Information Inc", created in 1949. 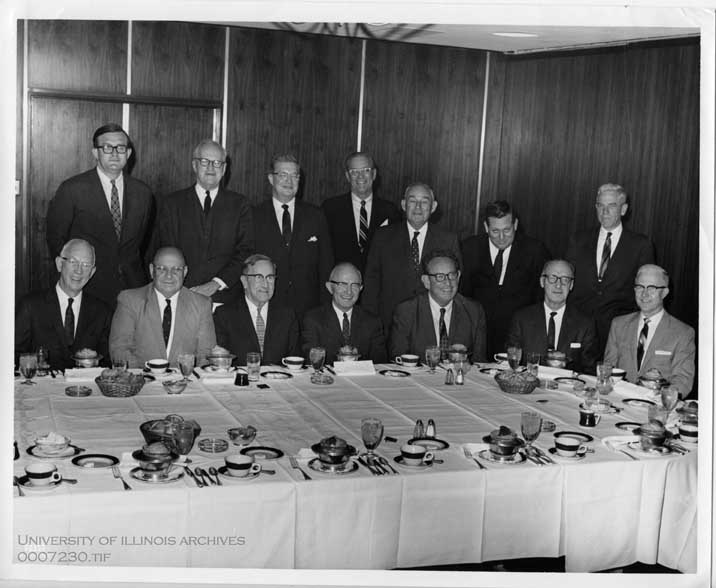 The objective of this association was to protect the interests of the sugar industry against the early scientific research on sugar, which concluded that sugar was probably dangerous.

The battle against sweeteners

Cyclamate is a sweetener 30 to 40 times sweeter than sugar, but above all much cheaper than sugar. However, between 1963 and 1968, "light" sodas, some of which were made with cyclamates, became increasingly popular, putting the sugar industry under pressure. 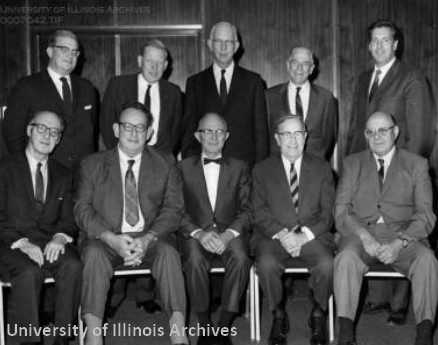 In its war against sweeteners, the sugar industry spent $600,000 (now $4 million) to denounce the negative effects of synthetic sweeteners. The operation was a success for the Sugar Association, since cyclamate was banned by the FDA.

Focus on the link between sugar and diabetes

In the 1970s, the link between type 2 diabetes and excessive sugar intake was beginning to become evident. Research conducted by the USDA, the United States Department of Agriculture, showed that excess sugar caused a sharp increase in the disease, while a South African physicist, George Campbell, who was in charge of a diabetes clinic in Durban, South Africa, suggested that an intake of more than 35 kg per person per year - twice as much as is currently consumed in the United States - was enough to trigger a diabetes epidemic.

The same George Campbell still found in the city of Durban, South Africa, that coronary heart disease, hypertension and gallbladder disease were very common among the local white population but almost non-existent among Zulus living in rural areas. In 1956, he flew to Philadelphia where he practiced for a year and discovered that the diseases in the local black population were almost identical to those observed in the white population in South Africa, which ruled out any genetic factors.

Other scientists were similar epidemiological and statistical findings. In Israel, diabetes specialist Aharon Cohen found that out of 5,000 immigrants from Yemen in 1949, there were only 3 cases of diabetes. In contrast, among Yemenis who arrived about 20 years earlier, the incidence of diabetes was nearly 50 times higher.

Cohen concluded that the much higher sugar consumption among those who had already settled in Israel was the critical factor responsible for the difference in disease levels. 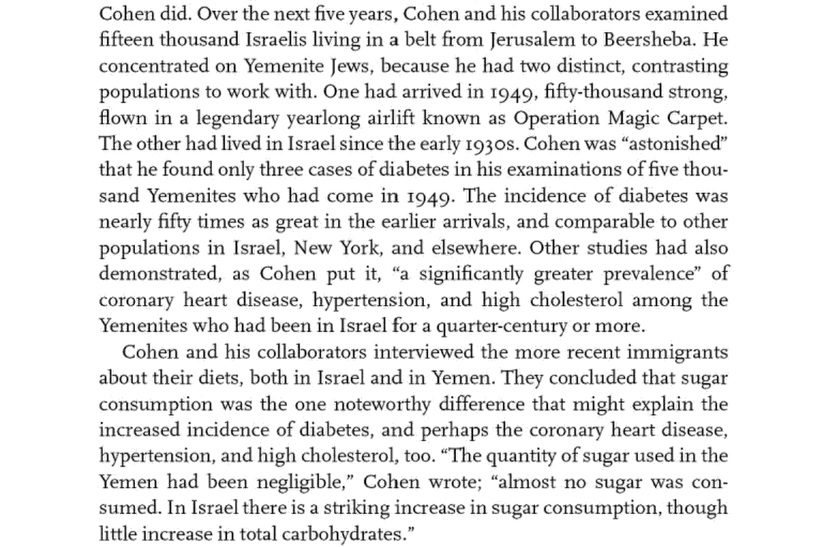 Finally, Professor John Yudkin of Queen Elizabeth College University implicated sugar in the development of cardiovascular disease in his book Pure, White and Deadlywhich inevitably triggered the hilarity and anger of the sugar industry. 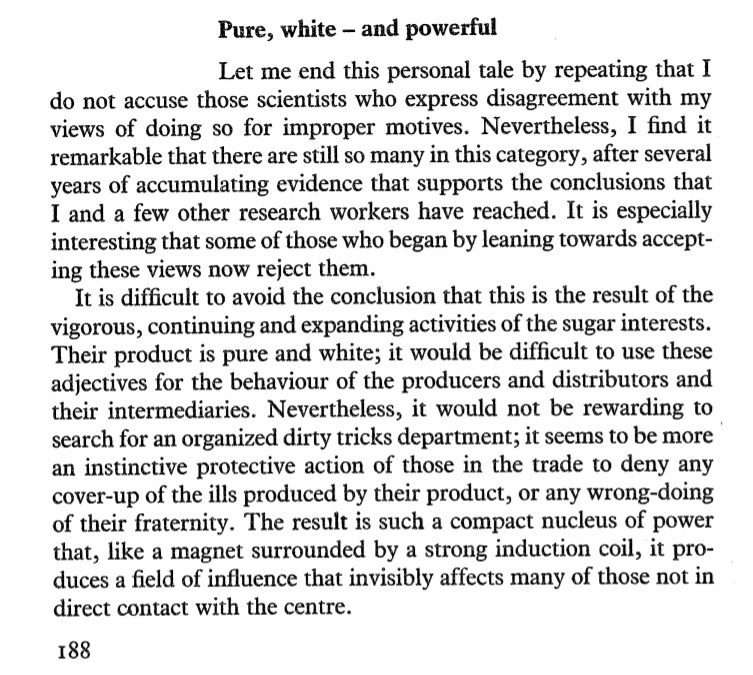 This link, which was increasingly emphasized at the time, led the Sugar Research Foundation (RSF), renamed the International Sugar Research Foundation (ISRF) in 1967, to meet in a crisis cell in 1975 in Montreal. "Sales are dropping," said John Tatem Jr., president of the ISRF at the time, in front of industry leaders because of the "link between sugar and certain diseases.

That was when one of the most extensive campaigns of lobbying and faking of scientific studies was about to begin. The goal was to find someone to blame and blame it on. That culprit was going to be the fat man.

Between 1975 and 1980, the SRIF spent approximately $655,000 to fund studies aimed at "ensure that research remains a vital support to the defence of industry"as it says in the internal notes. The method was extremely well-oiled. Each study proposal was reviewed by committees made up of people close to the industry, including representatives of sugar-related companies such as Coca-Cola or Hershey's.

Of course, the money went to studies oriented in favour of sugar, some of which went so far as to demonstrate its therapeutic value in the treatment of depression. 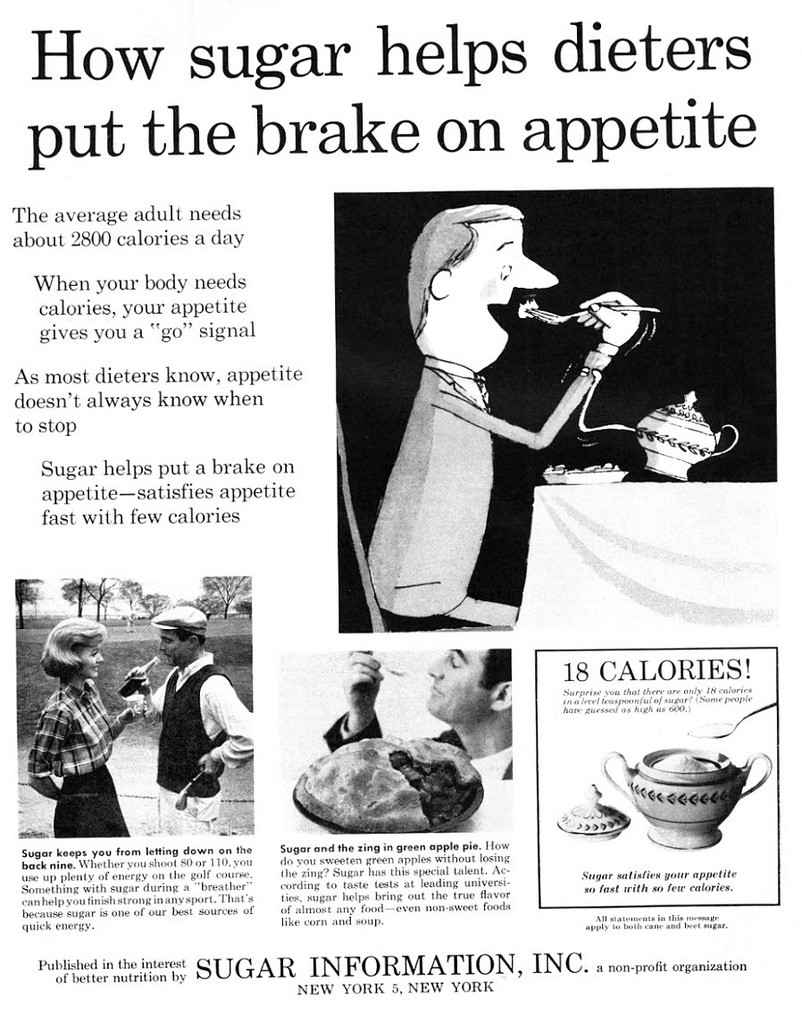 The objective was to "show the safety of sugar". To this end, the SRIF created a committee funded at $60,000 per year (currently $220,000), composed of doctors and dentists, to champion the idea that sugar has a place in a healthy diet.

It was then that a famous nutritionist was going to make their task easier, by pointing out an ideal culprit linked to cardiovascular diseases...

Next chapter : Ancel Keys, the nutritionist behind the fat hunt

One thought on "The origins of sugar and carbohydrate dominance"