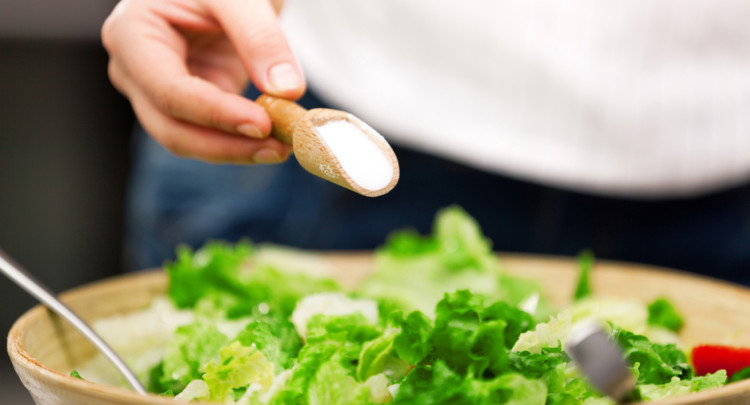 Just remember. We had discussed the interest of Sodium together in the chapter on it. In that chapter, we saw that the "standard" diet was already more or less rich in sodium, but it was above all too rich in carbohydrates on the one hand, and loaded with unhealthy foods on the other.

However, once you decide to start eating Blooness, you need to rebalance your macronutrients, and in particular a drastic reduction in (bad) carbohydrates, for the reasons we have already mentioned earlier in this guide.

By reducing carbohydrates, we then tend towards a low-carb high-fat diet, and sometimes ketogenic for some. However, when we switch to a low-carb diet, there is a risk that the body will be severely lacking in sodium. And government recommendations in terms of dosage are likely to be well below the real needs.

Sodium is a mineral that is naturally found in small amounts in many foods such as meat, milk, yogurt, some tropical fruits and vegetables such as artichokes, celery, beets and seaweed. 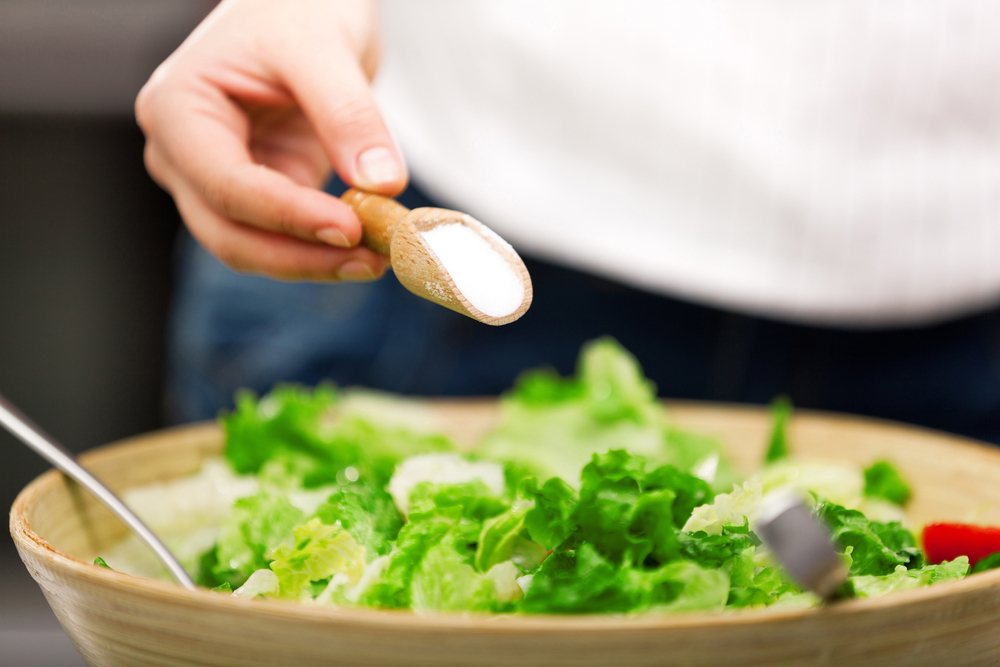 Sodium is the most common electrolyte in extracellular fluid and plays a central - yet little-known - role in a number of important body functions.

In particular, it ensures the transmission of nerve impulses to the neurons, in association with potassium. It has an influence on the hormonal level, on the elasticity of the cells, and is also involved in the contraction of muscles, in the regulation of blood pH and the volume of water in the blood and cells.

A distinction must be made between sodium and salt, so that the dosages are not wrong. Salt is actually sodium combined with chloride, another mineral. This gives sodium chloride, in terms of the name.

Salt is often used to salt dishes and give them more taste, or to improve their preservation.

As explained just before, a large part of sodium intake comes from meat, milk, yoghurts, and processed dishes.

As soon as we decide to reduce carbohydrates, this results in a de facto decrease in the consumption of processed dishes, such as bread, biscuits (which use baking soda), prepared dishes rich in salt in order to improve their preservation over time, etc.... 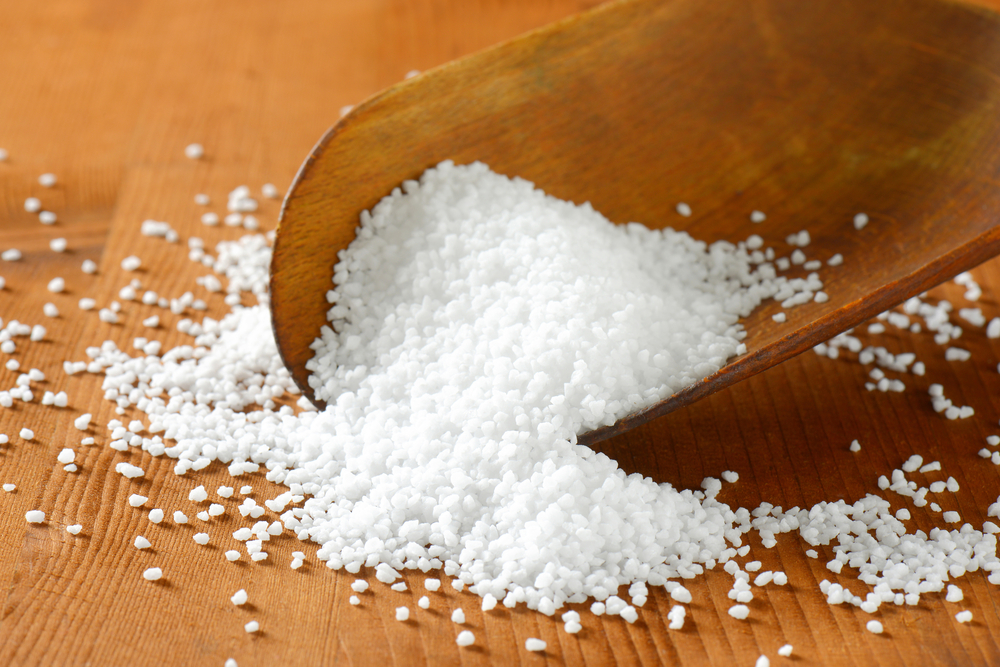 In other words, sodium consumption will decrease, and this must be compensated for so that we do not end up with a deficiency.

When carbohydrate intake is significantly reduced, blood insulin levels drop, resulting in loss of salt in the urine. This is because the kidneys release fluids, which leads to a loss of electrolytes, with sodium in the forefront.

The objective is therefore to prevent sodium deficiency by increasing your intake, ideally with plenty of water, every day. If sodium is not replaced, you will probably develop the unpleasant symptoms of "ketogenic flu", including headaches and fatigue.

What dosage of salt in ketogenic / low carb diet?

Suggested amount of salt in a ketogenic diet:

To accompany ketoadaptation and to be maintained in ketosis in good conditions beyond the transition period, it is suggested to consume about 4,000 to 7,000 milligrams of sodium each day, which corresponds to about 2 to 3 teaspoons of salt, depending on individual needs.

In a low-carb regime, we would be a little lower in terms of dosage.

Finally, it is a good idea to adapt the amount of salt you consume according to your state of health, the temperature, your level of sporting activity, etc. If, for example, you have no contraindications to salt, you eat a healthy diet, based on raw products, low or at least moderate in carbohydrates, and you practice endurance sports in the middle of summer, it is recommended that you increase your salt intake further.

Are there risks associated with consuming more salt?

New voices in the world of nutrition are increasingly speaking out against the popular belief that salt should be kept to a minimum.

Indeed, all research on the effects of sodium has been conducted in people who follow a "standard" Western diet. This means that most of the salt probably comes from processed foods that are high in carbohydrates, not real foods like meats and vegetables with added salt.

Data on salt are currently far from unanimous. And moreover, the recommendations are evolving and are not the same for all organizations.

Salt consumption and health problems: is it compatible?

Let's look at what the science says about salt, based on known health problems.

In the case of hypertension, it would therefore be wise to reduce or at least moderate your salt intake.

People with cardiovascular disease are generally advised to reduce their salt intake as part of a "heart healthy diet", but here is what the research has actually shown:

When it comes to the consumption of salt, and therefore sodium, and its impact on diabetes, science still does not speak with one voice.

In other words, these studies show that diabetics with hypertension should avoid very high sodium intakes (more than 6 grams per day). At the same time, a severe sodium restriction in all people with diabetes could do more harm than good.

For people with kidney failure, studies have shown that moderate sodium intake could be adapted.

It is not always easy to find your way around, as the theories relating to food and dietetics diverge so much. Salt and sodium are no exception to this rule. Many theories clash over them.

Nevertheless, the interpretation of the different studies tends to show that in the case of a low-carbohydrate diet, it is in our interest to increase our salt consumption according to the previously recommended dosage, and to moderate it without reducing it to an extreme extent in the context of a standard Western diet.

Obviously, the idea with the Blooness food guide, would be to move towards the first option, i.e. a diet low if not moderate in carbohydrates, and richer in fat and fibre. In other words, the healthier we eat, the more we should get into the habit of adding salt to our salads and dishes, in case we had got into the habit of removing salt from our diet in order to follow the official recommendations for a highly processed diet.

For people suffering from illnesses such as kidney failure or hypertension, diabetes or heart disease, this should obviously be discussed with their doctor, depending on their medical tests and their state of health.